Editor's note: This story is being highlighted in ASU Now's year in review. Read more top stories from 2018 here.

When Elyse Kats heads off to study sustainability in northern Arizona this summer, she’ll be among the first Arizona State University students to be a Doris Duke Conservation Scholar.

Kats is one of four ASU undergraduates to win the award this year, a highly selective two-year program to pursue coursework and conduct research leading to careers in environmental conservation.

Kats, a sustainability major, applied specifically because of the focus on public policy.

“I’m from Kansas and when I came to ASU I loved learning about the Southwest and I can see myself doing conservation and policy work here,” said Kats, whose program this summer is based at Northern Arizona University. “Traveling is cool but I was excited about staying in Arizona for the summer because this is where I can see myself really making a difference.”

Kats is part of a banner year for ASU when it comes to prestigious scholarships. Not only did more ASU students get into high-status programs, they’re also winning awards that have never gone to Sun Devils before, such as the Doris Duke program. ASU also had five students who were the first Sun Devils to be accepted into DAAD-RISE, the German Academic Exchange Service Research Internships in Science and Engineering program, according to Kyle Mox, director of the Lorraine W. Frank Office of National Scholarships Advisement at ASU.

“A lot of these awards aren’t household names because we don’t see a winner in the category every year from ASU, but this year was remarkable because across all of these different programs, we managed to have success in almost every one,” he said.

Mox said that considering the size and breadth of the student body at ASU, he’s been working to get more Sun Devils to apply for top-level scholarships.

"One of the major shifts that I’ve observed is that applying for these national scholarships and fellowships is perceived by many ASU students as a ‘normal’ part of their educational journey," he said. "While many people might consider applying for a Rhodes Scholarship, a Fulbright award or an NSF grant to be too far-fetched, our students see them as feasible options for supporting their personal, professional and academic development."

Mox said that students see the value of going through the application process.

"We can never promise our students that they’ll win, but we can always promise that they’ll grow as a person if they take the process seriously," he said. "They become better writers, better thinkers and better leaders who have a clearer picture of what they want out of life."

Ryan Kiracofe, a mechanical engineering major, is in the first group of Sun Devils in the DAAD-RISE program. He’s in Germany this summer, researching how to keep buildings cool without using mechanical or electrical systems.

Kiracofe applied to the program because the internship is paid, the research is high level and he can easily travel around Europe on the weekends.

“The only negative aspect is if you live in a large city, you may not ‘make’ money at the end of the summer, but the experience is more than worth it,” he said.

Kiracofe got help with his interview and with finding housing from the Office of National Scholarship Advisement, which will review essays and run mock interviews as well as holding workshops and information sessions on top scholarships.

“There are hundreds and perhaps thousands of these fellowships out there,” Mox said. “Some are very narrow and specific. The Rhodes is very well known but we won’t see hundreds of applicants for that.

“We try to limit ourselves to programs we can provide resources on, that are a good fit for our students, and provide good advice for those.”

Some of the most prestigious scholarships require applicants to be approved by ASU, but not all of them do. Some ASU students apply without the assistance of the scholarship office, so tracking numbers is difficult. Here is a roundup of the top awards this year: 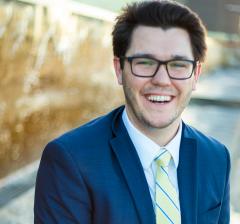 The scholar: Frank Smith III, who earned degrees in political science and public service and public policy in May, will study comparative social policy at the University of Oxford for the next two years. Smith also won a Truman Scholarship two years ago.

The program: The Marshall Scholarship, established in 1953 to express the post-World War II gratitude of the British people to America, supports two years of graduate study in the United Kingdom. There were 929 applicants in 2018, and of the 43 Marshall Scholars selected, only 11 are from public universities.

How ASU compares: In the past five years, ASU has ranked 11th in the U.S. for producing Marshall Scholars, tied with Brown, Berkeley, Cornell and Duke.

The scholar: Charity Bhebhe, who earned her degree in molecular biology and biotechnology, will pursue a doctoral degree in pharmacology at Cambridge University. Bhebhe, who is from Zimbabwe, was a Mastercard Foundation Scholar and was in Barrett, The Honors College.

How ASU compares: Bhebhe is the third Gates Cambridge Scholar from ASU in the past four years and the fifth since 2010. 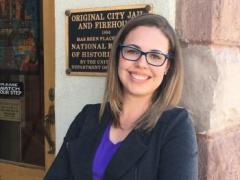 The scholar: Alexa Scholl, a senior majoring in political science and Spanish, won $30,000 for postgraduate study. Scholl, one of 59 students to win the award, also is a member of the Prescott City Council and is a Tillman Scholar. She is in Barrett, The Honors College, and intends to go to law school.

The program: The Truman Scholarship, launched in 1975, is named for President Harry Truman, who did not go to college. It is the most prestigious national scholarship for undergraduates pursuing careers in government or public service.

How ASU compares: Scholl is ASU’s fifth Truman Scholar in the past 10 years, placing ASU ahead of the University of Texas, University of Michigan, Columbia, Johns Hopkins, Northwestern and Berkeley.

The scholars: Two juniors in Barrett, The Honor College, were named winners. Meilin Zhu, a biochemistry major, wants to research technological solutions for global health needs. Humza Zubair has been researching neural systems at Barrow Neurological Institute for four years and in his freshman year, he authored an article that was published in a peer-reviewed journal.

The program: The scholarship, established in 1986 and named for Sen. Barry Goldwater, an Arizona native, is the most prestigious undergraduate award in the nation for students in science, math and engineering fields who aspire to research careers. The 211 scholars were chosen from a pool of 1,280 applicants.

How ASU compares: ASU has produced 22 Goldwater Scholars, putting ASU in the top 10 schools in the U.S., ahead of the University of Chicago, Yale, Columbia, Duke and Northwestern.

The scholars: The two ASU seniors who were among 50 winners are Kinley Ragan and Karen Ibarra. Ragan, a conservation biology and ecology major, will study human-wildlife conflict management in national parks in Thailand, Australia, Nepal, South Africa and Colombia this summer, funded by a Barrett Global Explorers Grant. Ibarra, a sustainability major who transferred from Phoenix College, is active in Living United for Change in Arizona, an organization that advocates for social, economic and racial justice.

The program: Udall Undergraduate Scholarships are awarded for public service and commitment to issues related to Native American nations or to the environment. The scholarships are named for brothers Morris K. Udall and Stewart L. Udall, former congressmen from Arizona and advocates for environmental reform.

How ASU compares: Over the past decade, 13 ASU students have been selected as Udall Scholars, ranking ASU first, tied with the University of Georgia, and ahead of Cornell, Brown, American and Stanford universities.

The scholars: Robert Brown and Monica Orillo were selected as Boren Scholars. Brown, who is majoring in finance and Russian, will study Russian at Daugavpils University in Latvia. Orillo, a political science major, will study Tagalog at Ateneo de Manila University in the Philippines.

The program: The scholarship is sponsored by the National Security Education Program to build a broader and more qualified pool of Americans with foreign language and international skills by promoting long-term linguistic and cultural immersion. The program is named for David L. Boren, a former senator and the current president of the University of Oklahoma.

How ASU compares: Over the past decade, more than 45 ASU students have received Boren Awards, placing ASU among the nation’s leaders for this program, in which scholars commit to working in the federal government for at least one year after graduation.

The scholars: Three students, Erica Glenn, Oscar-Armando Orozco and Kayla Phillips, will spend up to 10 weeks abroad. Both Orozco, an urban planning major, and Glenn, who is pursuing a graduate degree in conducting, will study Russian in Georgia. Phillips, a Japanese major, will study in Japan.

The program: The scholarship dates to the 1970s and was created to increase the number of racial and ethnic minorities in public service. Scholars attend a summer institute at Carnegie Mellon University focusing on economics, statistics, and domestic and international policy issues in preparation for graduate study in public policy or international affairs.

How ASU compares: The PPIA Fellowship is one of the programs that the Office of National Scholarship Advisement has been emphasizing in the past few years. At least five Sun Devils have won the awards since 2015.

ASU continues to produce many winners in the Fulbright U.S. Student Program. So far in the 2019–20 competition cycle, 21 ASU applicants have won Fulbright awards to study, research or teach abroad. Over the past decade, 183 Sun Devils have received Fulbright awards, putting ASU among the top 10 Fulbright-producing research institutions, ahead of Stanford, Penn, Cornell, Johns Hopkins and Duke.

ASU leads the nation in awardees to the U.S.-U.K. Fulbright Commission Summer Institutes, with 19 Sun Devils selected since the program launched in 2010. In the 2018 cycle, three ASU students were selected: Justin Heywood, a political science and Spanish double-major who will study at Aberystwyth University, and Maggie Waller, a dance major, and Miranda Yousif, a microbiology major, who will both study at the University of Bristol.

For the 2017–2018 competition cycle, 24 ASU students were awarded Gilman International Scholarships, which are U.S. Department of State-funded grants for students with financial need. The program funds international travel for young people who might not otherwise consider study abroad — such as first-generation college students, those with disabilities and underrepresented ethnic and demographic groups. The program also sends scholars to more places outside of Western Europe — the most popular study-abroad locale. Among the destinations for ASU students are Costa Rica, China, South Korea, New Zealand, Tanzania, Peru, India and Chile.