Arizona State University graduate student Shantel Marekera has been awarded the 2019 Rhodes Scholarship, the oldest and perhaps most prestigious international scholarship program in the world.

“Getting a Rhodes Scholarship is a chance for me to join a community of changemakers and transformative leaders I have identified with for a long time … (and to further) the desire to stand up for others,” said Marekera, one of three recipients from Zimbabwe.

The Rhodes Scholarship affords students the opportunity to study at the University of Oxford in England. Marekera is the second Rhodes Scholar in recent years for ASU.

“At Oxford, I will get a second BA in jurisprudence, which I hope to use to challenge existing backward practices against women as well as create a culture of transparency and accountability to the law by subverting unjust institutions,” said Marekera, who is also one of ASU's Mastercard Foundation Scholars, an initiative to prepare young people to make a positive social impact in their communities.

“I am and continue to be impressed by Shantel,” said Ersula Ore, the Lincoln Professor of Ethics in the School of Social Transformation who recommended Marekera for the scholarship. “She is a compassionate young leader of integrity, vision and drive — a young woman whose passion for the empowerment of black girls will continue to be recognized and supported.” 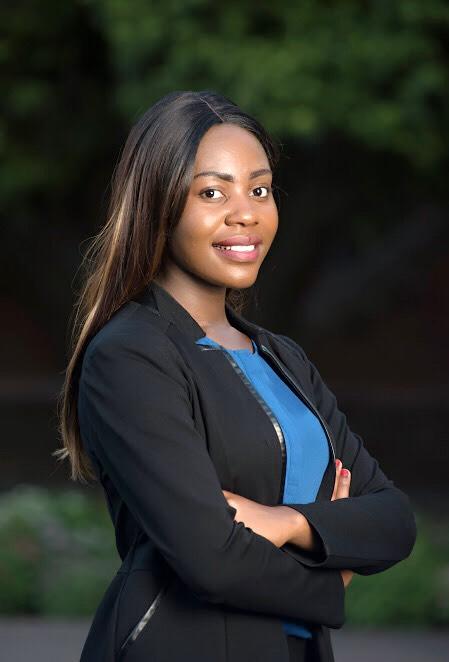 “I am thrilled to know that Shantel Marekera has been named a Rhodes Scholar,” said School of Social Transformation interim director Bryan Brayboy. “I had her in an introductory course in 2014, and it was evident then that she was special; the Rhodes Foundation has affirmed what many of us already knew. Shantel is a brilliant young woman, focused on the best kinds of justice and committed to her country and community. She is the epitome of what SST hopes for in our students.”

History of the award

Established in 1902, the Rhodes Scholarship originated from the will of colonialist and diamond tycoon Cecil Rhodes, whose legacy is notably infamous because of his exploitation of people and resources in Africa. And initial limitations imposed by the will largely restricted the scholarships to males in predominantly white countries. But the Rhodes Trust has developed the scholarship into something far removed from Cecil Rhodes’ “white male privilege” mindset.

In an effort to expand the program, the Rhodes Trust announced in early 2018 that the number of awards issued each year has increased, and the program has opened to students from all countries. More than 100 Rhodes Scholarships are now awarded each year.

The recent push to make the scholarships truly global is directly tied to the organization’s mission to bring together people with different ideas, opinions, backgrounds, and viewpoints — a true representation of the world’s diversity — to address complex questions and enact meaningful change.

The naming of three Rhodes Scholars from Zimbabwe is significant. But it’s especially ironic and fitting for Marekera that a person of color who is also a woman from Zimbabwe has been awarded a Rhodes Scholarship. That’s because what is known today as Zimbabwe used to be Rhodesia — a south-central African region named after Cecil Rhodes.

“After a rigorous application process, I heard the news on Friday but I still can’t believe that my dream has finally become reality,” Marekera said.

Top photo courtesy of Shantel Marekera. For students who are interested in learning more about the process for this and other national and international scholarships, the Lorraine W. Frank Office of National Scholarship Advisement offers a wealth of resources for all students, including undergraduate, graduate and professional.