Three Arizona State University undergraduates have been chosen for the Killam Fellowships Program, an exchange program that will give the students the opportunity to study in Canada during the 2021–22 academic year.

This year’s winners are Adam Chismar, Madisyn GoodBallet and David Lopez. The Foundation for Educational Exchange Between Canada and the United States of America, also known as Fulbright Canada, administers the program. The winners will receive up to $10,000 ($5,000 per semester), plus a health insurance allowance and travel allowance.

Nilanjana Bhattacharjya, a principal lecturer and Honors Faculty Fellow in Barrett, The Honors College, helped the students secure the fellowships through the Lorraine W. Frank Office of National Scholarships Advisement (ONSA). This is the first year she’s been the main adviser for the program, with all three applicants winning the fellowships. Bhattacharjya says students who are part of this program embrace the opportunity to find relevant classes for their majors and explore subspecialties.

“Humanities and social science majors often explore how Canada offers alternative perspectives and solutions relating to central issues in the U.S. — including approaches to climate change, supporting migrant and refugee populations and acknowledging native and Indigenous peoples,” Bhattacharjya said. “We are honored to have our Killam students representing us in Canada, and likewise, we are honored to host three incoming Killam scholars who will enrich our own perspectives with their experiences of Canadian culture.”

The three Canadian students will be studying at ASU in the spring as part of the exchange program.

“The Killam Fellowship is unusual among national scholarships in that it is an exchange program that not only sends high-achieving Americans to study at the very best Canadian universities, it also brings high-achieving Canadians to the U.S.,” said Kyle Mox, director of the Lorraine W. Frank Office of National Scholarships Advisement. “This sort of program is one of the ways that the U.S. and Canada can ensure ongoing goodwill between our future leaders. It is a great honor for ASU to be one of a handful of partnership institutions in the Killam Fellowship program – it speaks highly of not only our academic programs, but our position as a global university.”

Over the past two decades, ONSA has helped hundreds of ASU students and alumni attain some of the most prestigious national and international scholarships and fellowships, including securing millions of dollars in external funding to advance research, professional development and study objectives. 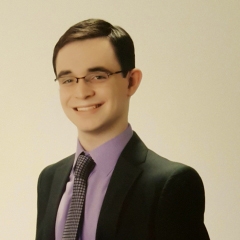 Adam Chismar will be a senior this fall, finishing up his chemical engineering degree in the School for Engineering of Matter, Transport and Energy in the Ira A. Fulton Schools of Engineering. Chismar, who is also an Barrett student, wants to pursue a graduate program in food science. He is particularly interested in food waste byproducts and ways those byproducts can be repurposed. Chismar became interested in this work when he learned about a restaurant on the East Coast that uses spent grain from local breweries to make crackers and biscuits.

As a Killam fellow, Chismar will attend Carleton University in Ottawa, where he will study food science and explore the various levels of food and hunger policy in the country — and whether any ideas can be adapted to help combat food insecurity in the U.S. Chismar would also like to work with Carleton faculty on industrial food-chemical hazards research and get involved in student organizations like the “Food Science Student Society” and “CUSA Food Centre.” 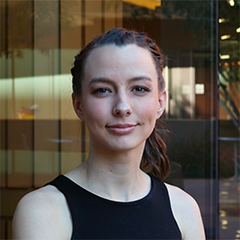 Madisyn GoodBallet is a rising senior and quadruple major, studying political science and global studies in the School of Politics and Global Studies, and history and civic and economic thought and leadership. She is also majoring in French — a language that helped pave GoodBallet’s academic path. GoodBallet said that she would read old French textbooks at her local library. In them, she came across compelling stories about various countries, people and historical events, sparking her interest in international relations.

“I wrote my Fulbright Canada Killam Fellowship on Canada's involvement in international organizations (IO) with a focus on Canada's international development programs and initiatives in these IOs,” said GoodBallet. “I intend on taking classes at the University of Ottawa, my host institution, to further study and research this topic. Concurrently, I plan on volunteering with the Canadian Red Cross so that I might develop a greater understanding of Canada's development operations.”

Not only will GoodBallet get to put her French skills to use, but this is the first time she’ll be traveling outside of the U.S. 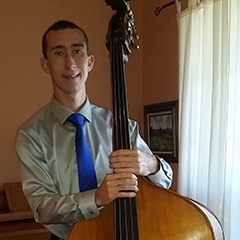 David Lopez is a junior in Barrett, The Honors College majoring in geography, with an emphasis in meteorology and climatology from The College of Liberal Arts and Sciences. Additionally, he is pursuing an atmospheric sciences certificate and working on a music performance minor from the School of Music, Dance and Theatre in the Herberger Institute for Design and the Arts. His instrument of choice: the contrabass.

Given his academic interests, it’s no surprise Lopez says he’s “extremely excited to experience a new climate” when he embarks for Canada for this fellowship program. Lopez will be attending McGill University in Quebec. He’s excited about the opportunities that the university will provide him academically and musically. His goal is to be a part of one of the university’s ensembles.

“I hope to pass an audition to be a part of the bass studio while at McGill. (And COVID-19) permitting, I hope to travel around the rest of Quebec. I can’t wait to meet new people, both at McGill and at our Killam orientations.”

For more information about the Killam Fellowships program or other scholarship or fellowship opportunities through ASU, visit the Lorraine W. Frank Office of National Scholarships Advisement.